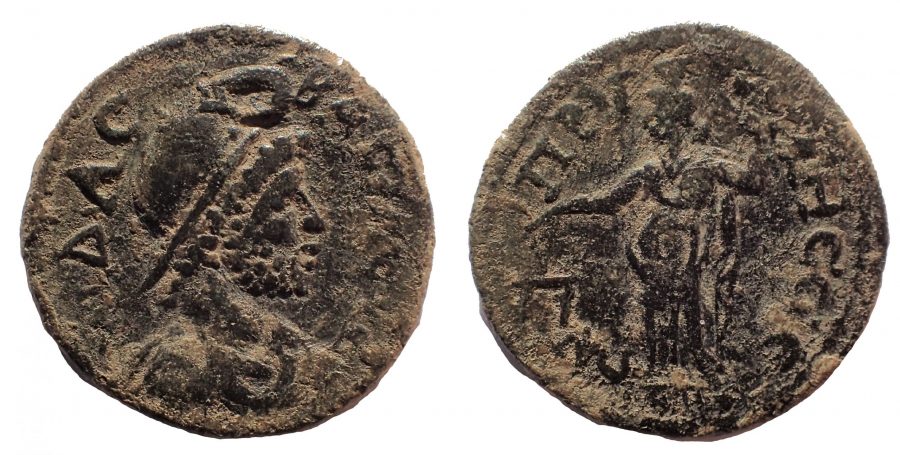 The obverse of this coin shows us the Phrygian King Midas, best known for his ‘Golden Touch’. Midas was offered a reward of his choice by Dionysos for his hospitable treatment of the god’s drunken foster father Silenos, and the greedy King wished for everything he touched to be turned into gold. Midas soon realized that the divine gift was in fact a curse, as he was unable to eat or drink. Starving and dying of thirst, he beseeched Dionysos: ‘Father Lenaios, forgive me! We have sinned. But have pity on me, I beg you, and save me from this costly evil!’ (Ovid met. XI, 133.4). The merciful god forgave the King, and he ordered him to wash himself in the spring of the Paktolos to hand the divine power over to the river, which explains its richness of alluvial gold that was used to strike the early Lydian electrum coinage.